Immigrate to the second-best country in the World-Canada 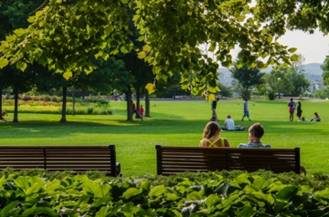 So now good news for everyone wanting to immigrate to Canada. It has been adjudged as the top country outside Europe to settle down and spend the rest of your life. Only Sweden outshone Canada in a recent study by the US news and World Report. This report assessed 80 countries based on stable economics, equality of earnings and the labour market. For the rankings to be given, members of the public and business leaders are spoken to in thousands. US ranked a much lesser seventh place after Norway. This project was carried out to classify world’s best country for living.

The main factors considered by the Report were no of immigrants as compared to the country’s population, how much money the migrant is able to send abroad and the United Nations ranking for policies of countries in relation to integration of immigrants in the national network. Canada scored highly on account of its growing economy and the measures the country has taken for benefits to immigrants. So meet your dreams of migrating to Canada by reaching Canada Immigration Consultants.

Most amazing is the fact the Canada scored the highest on the Education factor. In Canada, primary and secondary education is not only free but also mandatory. Canada’s policies allow for decentralization of education to provincial governments. So, approach Canada Education Consultants to fulfill your desires of study in Canada .

Canada has scored many more points than other countries which have broadly similar immigration programmes such as Australia and New Zealand. Canada is also ranked higher than countries that have similar climatic conditions like Finland and Norway. What adds more to the favour of Canada is the fact that when compared to similar economies, countries such as the US are seen as a worse for immigrants.