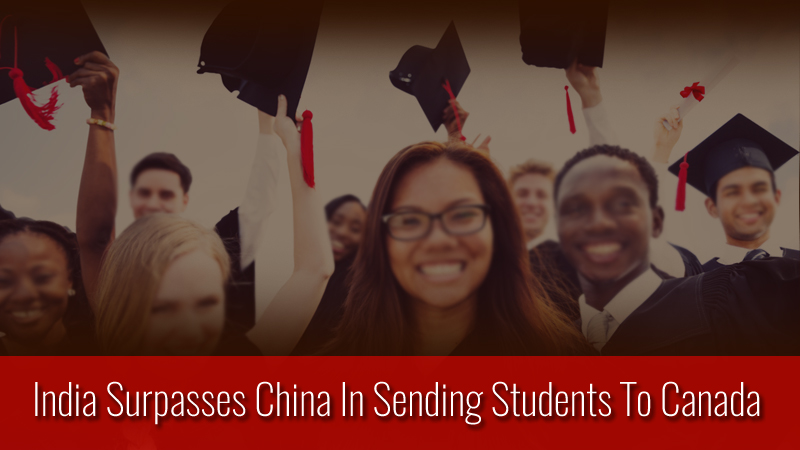 A record number of students came to study in Canada from India in the last year. A total of 1,72, 625 students joined Canadian Universities which is a historical high. Up Until 2017, China had been topping the charts with India at a close no 2. But 2018 saw an increase of 40 percent in the no of Indian students coming in for further studies.

Research shows that international students choose Canada because of the quality of the Canadian education system and the reputation as a safe and tolerant country. This reputation is especially appealing given the new and current geo-political realities and the fact that students see a future home in Canada, and their education here paves a way for their settlement.