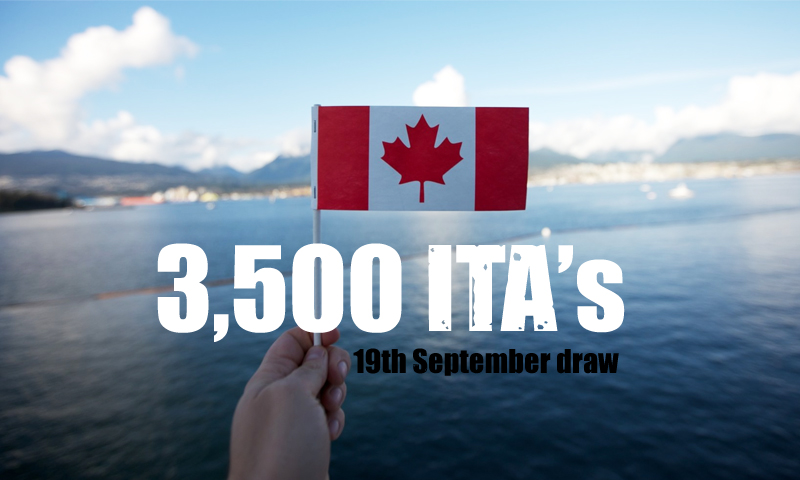 A total of 3,500 Express Entry candidates have been invited to apply for Canadian permanent residence in a new Express Entry draw held September 19. The minimum Comprehensive Ranking System score was 441.

The date and time used in this draw was September 6, 2018, at 10:28:45 UTC, which meant that all profiles entered before this date and time and all candidates with a CRS score of 441 and abovereceived an Invitation to Apply in this selection round.

Though this draw size was lesser than the previous September 9 draw size where 3900 ITA;s were sent out, it is still a large draw as compared to 2017  when draw sizes were even less than 3000.

Under the Express Entry system which has three categories, Federal Skilled Workers, Canadian Experience Class and Federal Skilled Trades, Candidates are ranked according to their CRS score and the highest-ranked candidates are issued an ITA through regular invitation rounds.

Express Entry candidates can increase their scores in many ways including a provincial nomination that results in 600 additional CRS points.

A total of 86,023 ITAs were issued in 2017. But according to the immigration targets announced for 2018-2020, a total of 1 million immigrants are to become permanent residents in the country. And it is possible that is the very reason of bigger draw sizes in this year.