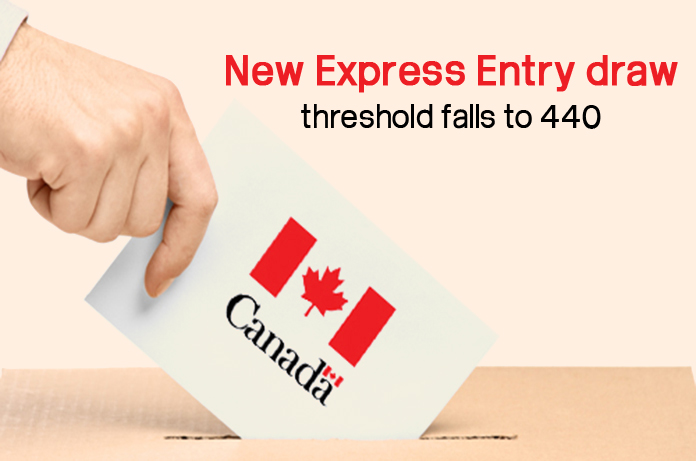 3,900 candidates were sent invitation to apply for permanent residence in the New Express Entry draw held on October 15th. This latest draw saw the minimum score this year at 440 which has ranged between 440 and 452 throughout the year.

The minimum threshold reached in the previous draw was 445 on October 3rd, which dropped by 5 points. This is the fifth time in this year that the score has dipped to 440.

This marks the fifth time in 2018 that the minimum score for an all-program Express Entry draw was 440.

According to the tie-break rule followed by IRCC, the date and time used was September 18, 2018, at 11:06:29 UTC, which means that all candidates with a score above 440, as well as those candidates with scores of 440 who submitted their profile before this specified date and time, will receive an ITA in this invitation round.

The gap between the two draws is only 12 days, and it is believed that the fact that this draw was held earlier than the 15-day interval, helped the score slide down. Usually such a drastic reduction in between draws, and large no of applicants being invited helps the score go low. The lesser the time between draws, the lesser the time for the pool to replenish, and this is what results in lower scores.

In the Express Entry system, which came into force in 2015, applicants are ranked according to their comprehensive ranking scores, which bases points based on factors including work experience, education, age and proficiency in English or French, Canada’s two official languages.

Candidates with the highest scores are issued an ITA through regular invitation rounds.

The Govt of Canada has a target of 74,900 immigrants brought in through its 3 categories under Express Entry that is Federal Skilled Workers, Federal Skilled Trades and the Canadian Experience Class. For 2019, this target is 81,400.